So, Simon Sinek says that millennials are struggling in the workplace and life in general because of reasons ranging from failed parenting strategies that make them entitled or spoiled, to the sheer convenience of modern technology, the prevalence of social networks, and so on. The motivational speaker, TED talker and corporate consultant says that these have given us a generation of fragile, temperamental youths too obsessed with quick fixes to endure the “real world.”

Well, Simon Sinek is wrong. Rather, his take comes off as rather superficial and omits nuances and complexities behind the issues affecting millennials today. We’ll break down his salient points and present counterpoints 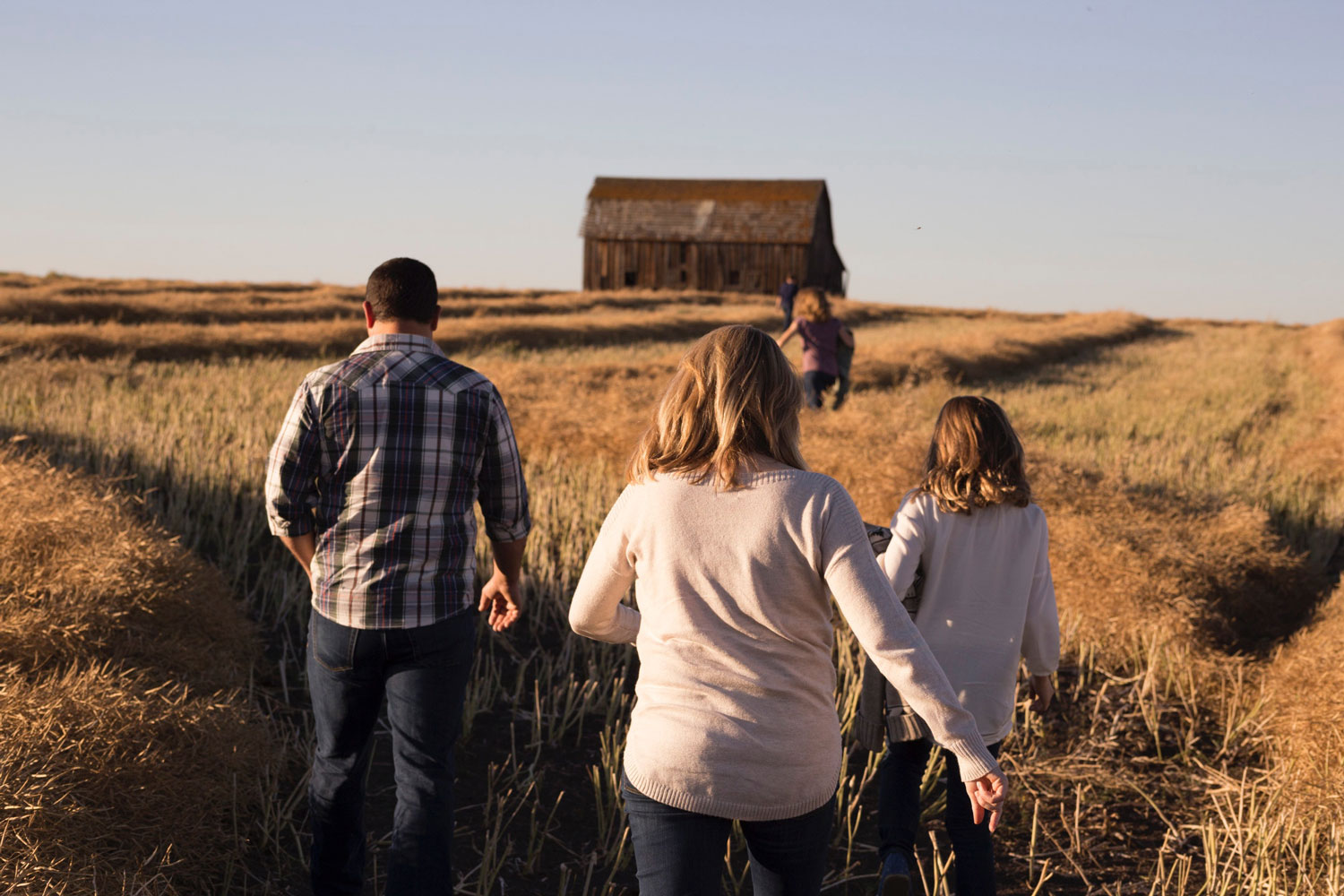 At least Sinek said that this wasn’t the millennials’ own fault. And that they are owed more by those who raised them. But still, it’s a bit of an exaggeration to proclaim that an entire generation was ruined. All because of parents’ grave mistake in trying to boost their kids’ self-esteem or assure them that they’re unique individuals who should have some self-worth.

This alarmism is compounded by over-generalization as well. So, let’s get this straight: Sinek means to say that this group of people, born from around 1994 and after, were subjected to similar ways of child-rearing? So all their mommies and daddies worked in lock-step with the same checklist from the mother of all Parent-Teacher Conferences?

Come on. As an aside, the only parenting strategy scientifically proven to be utter nonsense happens to be… corporal punishment. Yes, the “traditional” “good old fashioned” adage of “spare the rod and spoil the child” is actually harmful to children.

Wonder why Sinek missed that one while taking a dump on the so-called Me Generation.

Promising anything they want in life, giving participation trophies 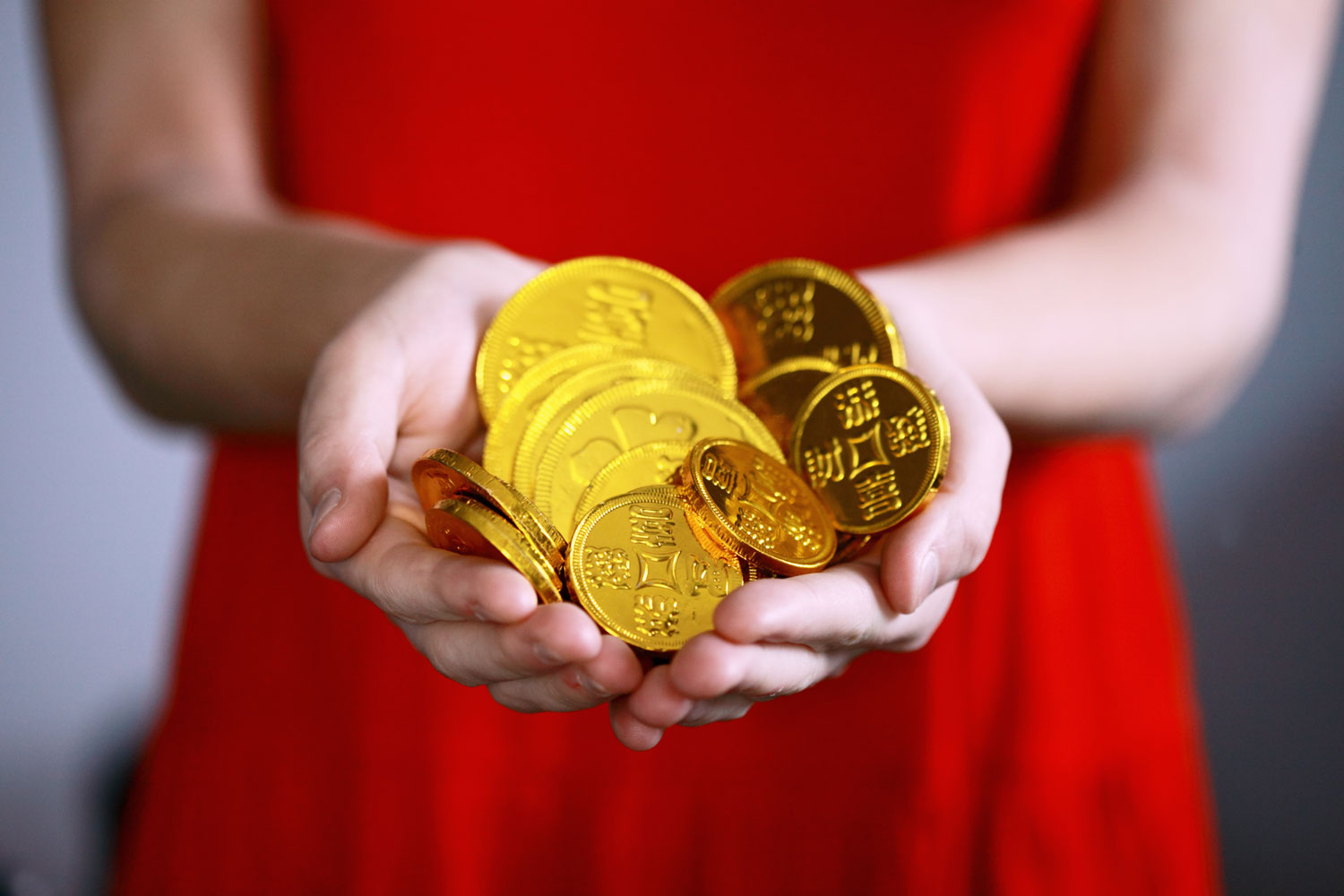 Are millennials actually making unreasonable demands? And were participation trophies actually that widespread a practice?
Simon Sinek says that this makes millennials harder to deal with at work. Yes, it’s obviously the gold stars they got at kindergarten, and has nothing to do with how wages in the U.S. have stayed stagnant for the last few decades even though profits are supposedly soaring for the companies they’re working for.

As Sinek says, millennials get put into honors classes because they complain to mommy and daddy. And that’s totally the same as millennials asking for a living wage so they can eat and live under a roof, right? Actually, he didn’t even touch on this. Instead he just claimed that millennials wanted bean bags and free snacks at work. Sure, Sinek. That’s absolutely why millennials are in crisis mode.

Not to mention, free snacks and the notorious free pizza at work is already known to be a corporate tactic to distract employees from their concerns. Or placate them from demanding actually-substantial forms of workplace equity.

Yes, social media paints an unrealistic picture of people’s lives. But are millennials uniquely guilty of this? Or are people in their thirties and forties also affected? So, people older than millennials don’t use Facebook (or post awkward comments on their kids pics)?

Weren’t previous generations also prone to “keeping up with the Joneses” and putting up a pretty face to conceal unpleasant realities? That idiom was invented quite some time before today’s millennials. And previous generations weren’t exactly renowned for awareness on depression. Guess which demographic is increasingly aware of, and less judgmental towards, mental issues, though? Hint: Starts with an m- and ends with an -illennials.

And being connected via social media isn’t necessarily a bad thing. Online communities can act as support groups for people who, for various reasons, can’t do so with those around them. For LGBTIQ people who can’t come out of the closet to their families, these online social networks can be crucial avenues of support and understanding. And this explains why these communities have grown during the millennial generation. 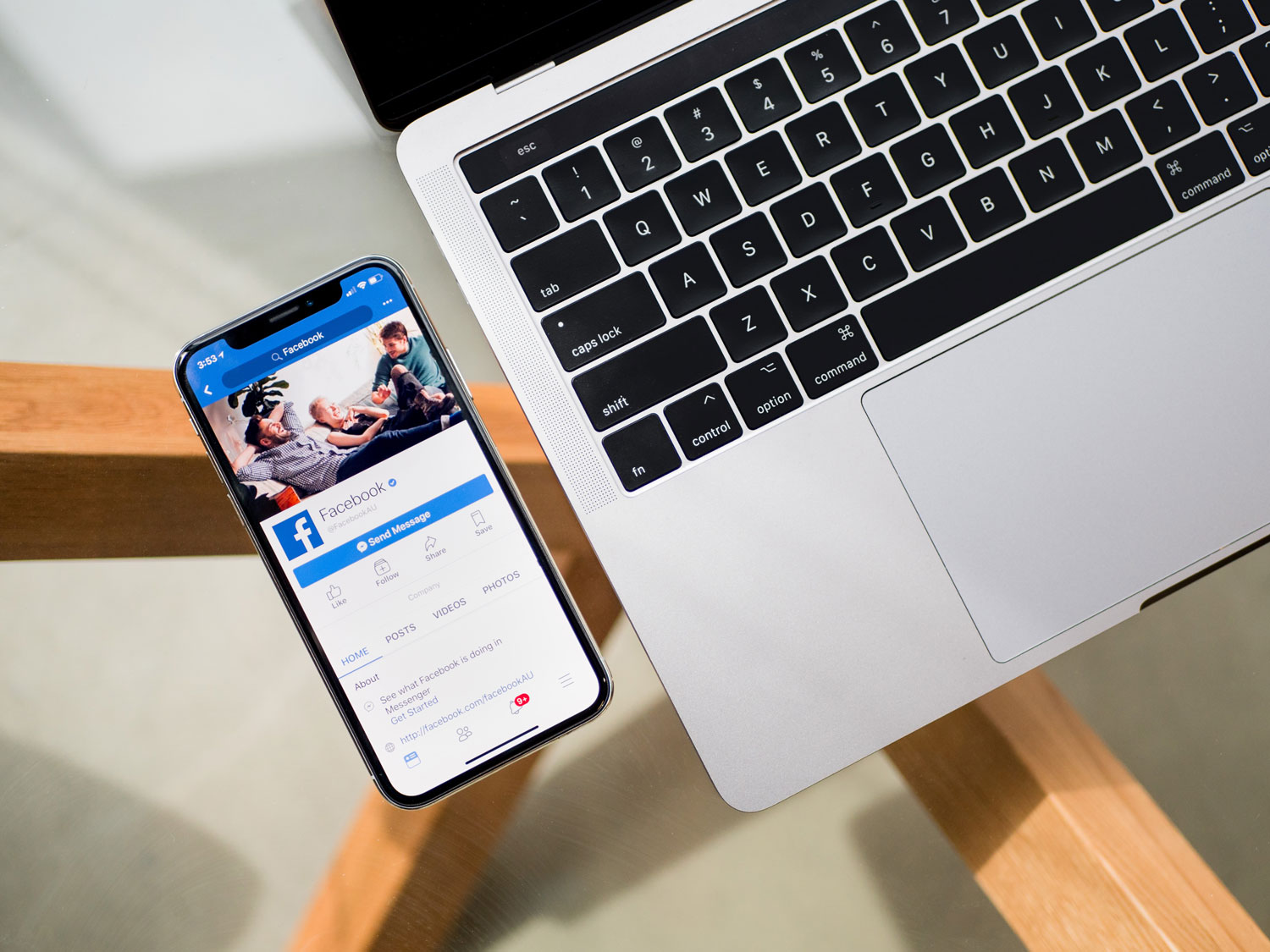 Is this really something unique to millennials? Were previous generations truly so adept at relieving stress, opening up about it with their friends and family, and coping with their anxieties?

If those who came before had such effective methods then they wouldn’t have dropped the ball and gone for failed parenting strategies and participation trophies, would they? Where is the chain of causation here? It’s not like everything was peachy-keen before the millennials came and problems just spontaneously emerged just for them. After all, whatever the millennials are today – the strengths, failures and idiosyncrasies they have – are all derived from what they inherited from their predecessors.

And, on another note, are the stresses facing previous generations of the same caliber as those facing the youth of today? Again, wages have stayed flat. Job security isn’t what it used to be. Housing costs are soaring and unlike previous generations, millennials can’t even dream of purchasing idyllic suburban homes with white picket fences. That’s not even getting into climate change and what’s looming ahead for millennials in the decades to come. Coincidentally this is when many of those tut-tutting baby boomers will be out of the picture… 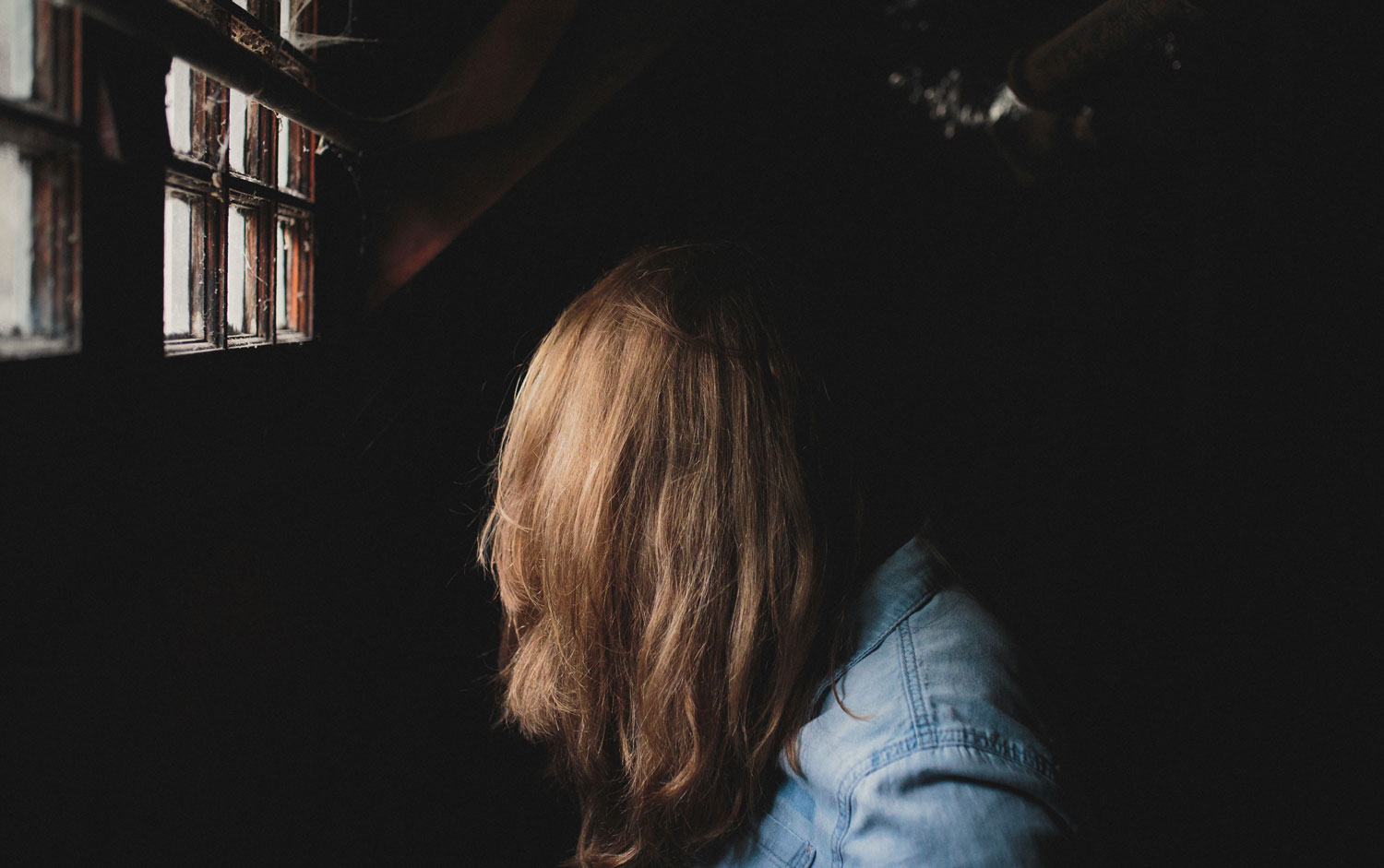 Simon Sinek says that kids these days don’t have the patience to build a fulfilling career. But again, going back to the wage stagnation and rising costs of living point: do they even have the time to patiently build said career?

Who knows, maybe they could wait if they weren’t -gasp- shackled with student debt that they’re desperate to clear?
It’s as if Sinek and previous generations are standing at the foot of the mountain and they have this abstract concept called “help the millennials” and it’s the summit. What they don’t see is the mountain which is made of enormous student debt, wage stagnation, housing cost increase, and other socio-economic crises, and so on.

What they need, with their generalizations and stereotypes, is nuance. They need to see that the millennial employees they deride would absolutely love to be able to take the time to build love, job fulfillment, joy, love of life, self-confidence, skills and all that. They’d love to go at a measured pace. But they’re not allowed to due to the aforementioned circumstances.

They are being existentially strangled.

And these hot takes on millennials neglect these realities. And if they don’t get wiser, they won’t help millennials with that massive mountain of challenges. In fact, they’ll do the opposite, they’ll get in the way and add up to those adversities. And that’s why we have these ghastly suicide rates, drug overdoses, depression diagnoses, and worse.

What Simon Sinek gets right

Well, he’s not entirely wrong in the following parts of his speech:

“So we’re thrusting them into corporate environments, and the worst part? They think it’s them. They blame themselves.”

“They think it’s them that can’t deal. It makes it all worse. It’s not. I’m here to tell them: It’s not them. It’s the corporations, it’s the corporate environments.”

In that respect, the corporations are the real impatient ones. From treating their workers to affecting the environment, this shortsightedness has resulted in problems that will linger throughout our lives.

If anything, he’s under-emphasizing this angle and missing out on its socioeconomic ramifications and impact on millennials (and other generations). While favoring generalizations and misconceptions. What results is an anemic assessment that could have been much better had Simon Sinek actually bothered to delve into substantive issues facing society. Instead he treats “millennials use their phones too much” as some kind of profound revelation.

Of course, shying away from such critique is understandable, as  subjects such as living wages or housing costs might affect companies’ and shareholders’ bottomline. So there’s not a peep about ‘em. And so long as that continues, millennials will be in trouble. That’s the real cause of the millennial malfunction, not participation trophies.

The bright spot in all this, the silver lining if you will, is that the much-derided social media is actually helping millennials realize this and connect with each other. So they are forming relationships and pursuing fulfilling causes like raising the minimum wage to improve struggling people’s lives. Millennials are more informed about matters involving mental health, inequality, the environment. And the folly of generalizing entire generations while disregarding historical and current context. Of course, many dismiss this as young people being entitled once again. And ironically these derisive takes will be raking in the likes and shares because exploiting generational conflict narratives is what sells.

How to Grow Your Career and Diversify Skills with Stretch Assignments